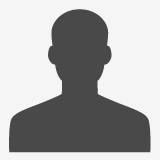 Categories : Promotional items around us
Bookmark No. of hits: 1942

Being an official Sponsor to the Olympic Games is big business. The minimum cost for entry into the exclusive club is $100 million dollars. If you cannot afford this, then you cannot mention the Olympics in any of your marketing. Even tweeting about the olympics is banned if you are not a sponsor. So you can imagine the huge commotion, Nike caused back in 1996.

In July 1996, Michael Johnson stunned the world in the 400 metre race. A few records were broken in the process, however what really turned heads was the Gold Promotional Shoes that he wore. These shoes were given to him by Nike, and reportedly cost $30,000 a pair.

These shoes could not be missed, millions of people around the world saw these shoes, and it was an amazing piece of marketing by Nike. The problem though, was at the time, Nike was not an Olympic Sponsor.

The shoes were just one element of Nike's marketing tactics. They opened a huge Nike Themed centre next to the athlete's village and distributed all sorts of Nike Branded merchandise, including promotional flags and other products. Basically, amazing marketing exposure without the cost!

Since this event occurred 20 years ago, sponsorship for the Olympics was never the same. Guidelines that are immensely strict are heavily enforced. I would venture to say that not only is the Olympics effected, but virtually any big sporting event would have heavy protection when it comes to protecting official sponsors. A portion of each sale goes to

Your support has raised:
$18,100
We are proud sponsors of