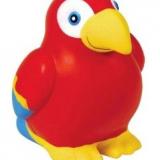 At Cubic Promote, we've seen quite a bit of logo artwork over the years. As such, we're always interested in clever new designs, and we've covered quite a few of those clever new designs on our blog. The five following designs are excellent examples of cleverly designed logos. Simple, elegant, and seemingly obvious at first glance, but these cunningly designed artworks have hidden messages in them which perfectly represent and enhance their branding.

The Goodwill logo above seems fairly simple. A smiling face, and goodwill written below. But take a closer look at the lowercase G used. Yes, it's the same smiling face as the logo. Hence why they used only half of a smiling face rather than the full thing.

Yoga Australia, a simple design with a yoga practitioner in mid stretch. Rather basic no? But the empty space between the arm and leg cleverly form the shape of Australia. Minus Tasmania. Poor poor Tasmania.

The Bronx Zoo, with it's simple artwork of birds and giraffes also contains the city's skyline. After all, when it comes to New York, it's all about the city.

Spartan Golf cleverly combines both elements in its name. The player taking a swing, the silhouette so representative of golf, also forms the face of a Spartan soldier. The man forming the face, the empty space forming the helmet, and the movement lines representing the swing of the club forming the crest.

Magic Coffee, with the logo forming both a coffee cup sitting in it's saucer, as well as a Top Hat, that ever popular bit of stage fashion for pulling rabbits out of. Quick a clever visual trick, and after all, isn't that what magic is all about?

A cleverly designed logo can turn a simple design into something far greater. So if you're ever helping to create a new logo design in the future, consider making it more subtle and including hidden meanings instead of just presenting the obvious.

We donate a portion of each sale to:

The hottest items in Australia right now are eco-friendly promotional products with your logo branding.