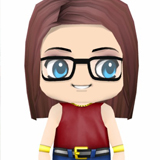 College Colors Day is an American tradition, where people wear their favourite college football team's colours (and often official gear) to show their team spirit. In a story that's gone viral this week, a young boy proudly designed his own version of  The University Of Tennessee logo for his shirt because he didn't have an official logo tee to wear. His classmates were not supportive and made fun of his homemade design that was drawn on paper. Thankfully, there's a lot of team spirit to go 'round in the state, and when a teacher shared the story, it inspired some very positive responses.

Initially, the teacher said she planned to buy the student his own official branded t-shirt, but once The University of Tennessee heard what had happened, they did one better! The university, like many educational institutes, had a lot of exciting promotional merchandise in their store for fans of their football team and students alike. They sent the boy a care package filled with official swag (including plenty of t-shirts) which he and his classmates enjoyed, but what happened next is truly heart-warming!

From Fan Logo to Official Logo

Due to the outpouring of the support for the boy's unique logo design, the official shop for The University of Tennessee Vols decided to adopt the boy's hand-drawn design as an actual screen-print on limited-edition promotional t-shirts! Not only does this mean that a lot of people eager to support the boy's design will now be able to purchase a shirt of their own, but the University will also donate some of the proceeds from sales directly to an anti-bullying charity. Talk about a feel-good story!

What Makes This So Amazing

Here at Cubic Promote, we help put people's logos on promotional clothing every day of the week, but we never lose sight of just how special that experience can be for someone's first design, or perhaps even their first run of branded merchandise. There's nothing quite like the feeling that you get when you see your hard work being worn with pride by others, and we're sure this young boy will be absolutely ecstatic once his designs his shelves at the university store. In this day and age isn't it nice to hear a branding story that's just so positive and fun? We love it! Congrats to this budding young designer and thanks to his teacher for letting the world know about his dedication to his favourite college team!

We donate a portion of each sale to:

The hottest items in Australia right now are eco-friendly promotional products with your logo branding.